September spotlight species is the Ivy Bee (Colletes hederae), a relative newcomer to our shores. First seen here in the Guernsey in 2001, this solitary bee is now widespread with colonies island wide. As the name suggests this bee thrives on our native Ivy (an important wildlife garden plant) and appears just as this climbing plant flowers in early Autumn.

They are often confused with wasps or honeybees with their stripy abdomens and furry ginger thoraxes. They nest in earth banks and also in lawns – with sometimes thousands of individuals being involved. Obviously, people are concerned when they first see a colony, but they are really gentle creatures, who are only interested in making a nest and laying eggs. Although the females can sting, they are unlikely to do so unless they are picked up and squeezed. 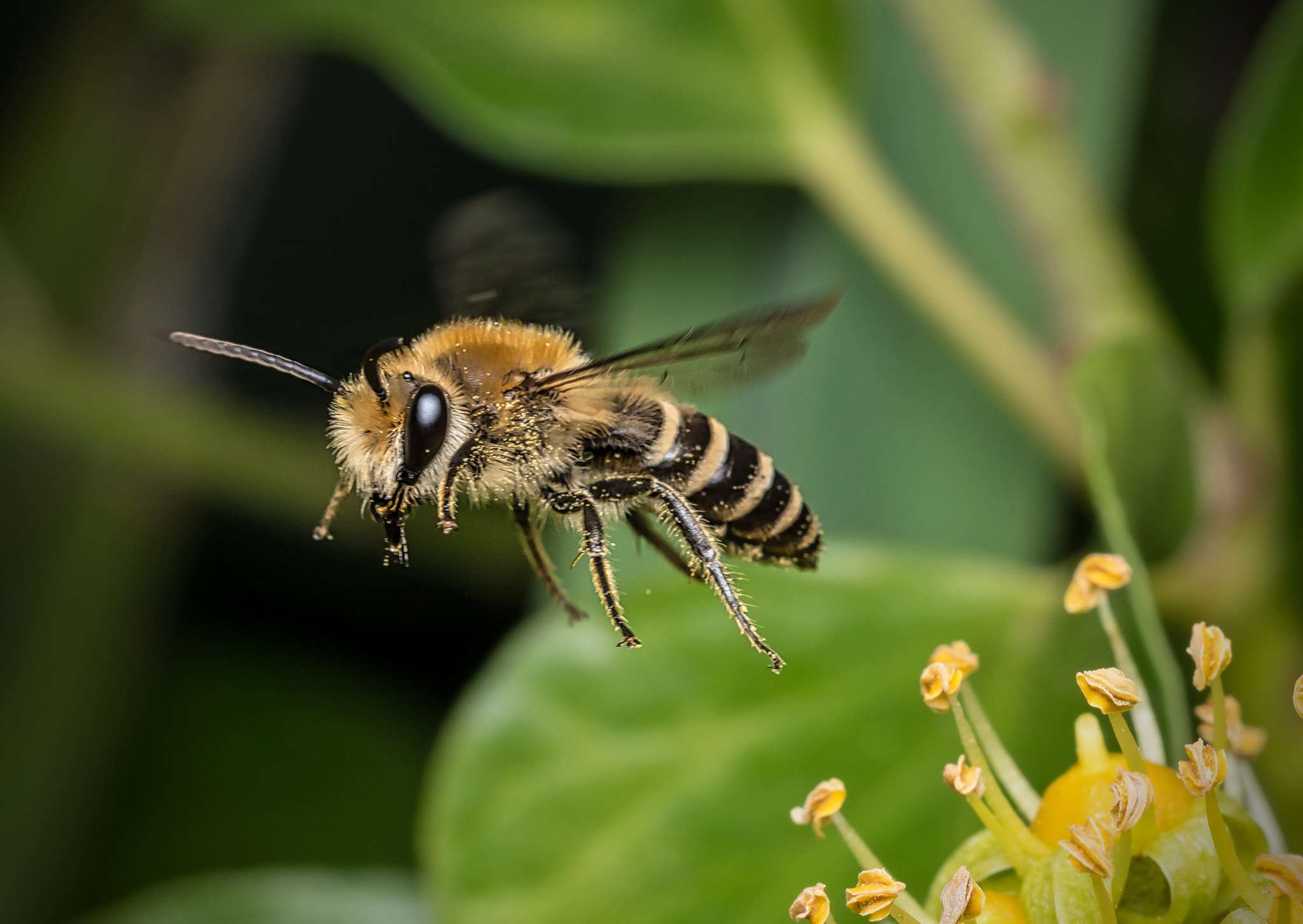